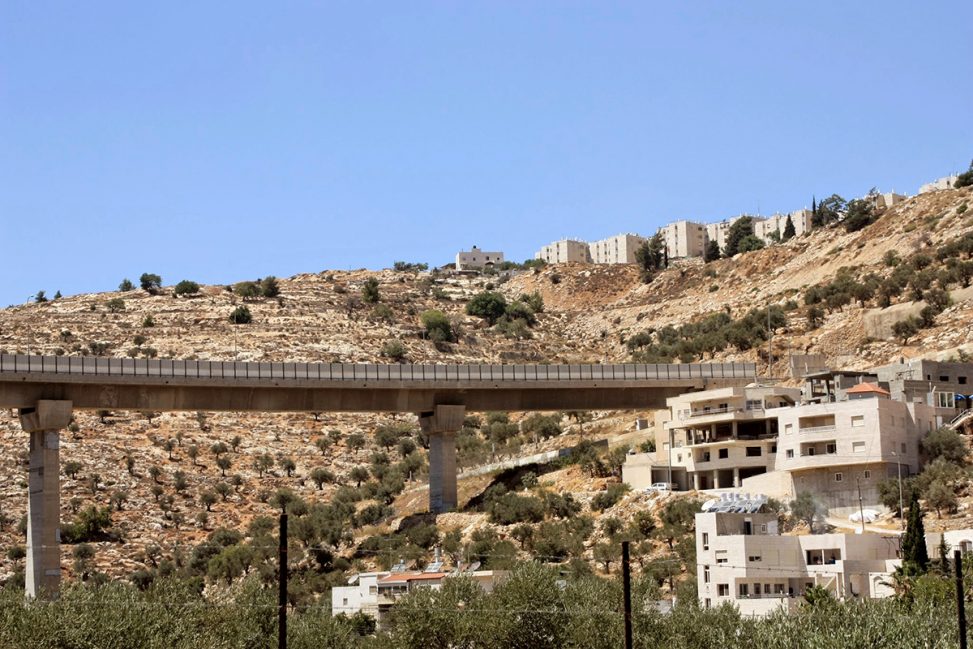 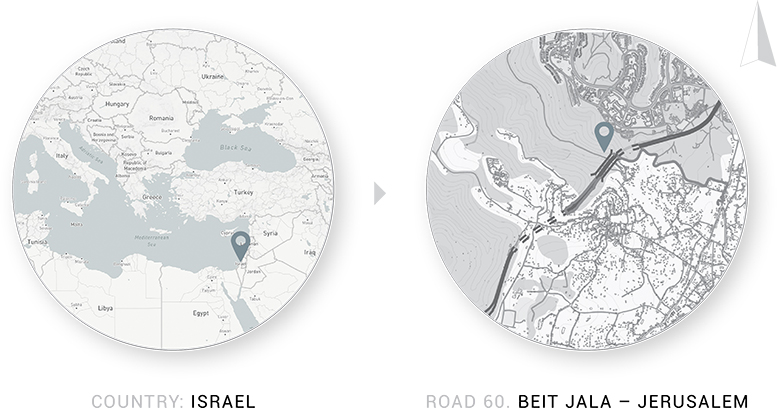 The project is located at Road 60, between the Patriarch’s Way Security checkpoint and Ezion junction. Road 60 is a national level road that starts in Beer Sheba and ends in Nazareth. It mostly passes over the Green Line in the areas of Yehuda and Shamron. It is a gateway to the South entrance of Jerusalem to more than 35,000 cars coming from the Gush-Etzion area.

This place is surrounded by rich historical and cultural sites which are hidden from the driver’s view, including: Rachel tomb, Beit Sahour, Church of the Nativity, St. Nicholas Center, Mosque of Omar and more. However, the only visible signs are those of separation and segregation: barbed wire, separation fences, a check-point, low-light narrow tunnels, reminders of military conflicts and terrorist attacks, also the radio is interrupted and jumps from Hebrew to Arabic and vice versa.

All these parts of the users’ experience influence the perception of the space which creates a feeling of insecurity and combines to create impression of a divide between the two cultures. The aim is to change this narrative or even geography of fear to one of trust and mutual interest.

The purpose of the project is design an observational experience to arouse the local users’ and inhabitants’ awareness of the physical, cultural, historical and political context of the area. We should allow local residents and users to see each other, to observe the area, and make a possibility of dialogue of views.

Based on this analysis, the following points have been identified in our research:

lack or absence of:

The strategy consists of three successive steps. Each step is only possible if the previous step was successful.

Step 1 — Creating a sense of security. The purpose of this step is to remove the subconscious fear hiding the visual symbols that create it. Symbols and signs scattered throughout the region as well as their impact creates a sense of fear. If it is successful, it should be continued. If not, the project should be stopped or this step should be repeated until it leads to success.

Step 2 — The elimination of fear through education and research. The purpose of this step is to overcome conscious fear (mostly fueled by the collective memory via the media and the environment), through the process of learning and understanding the problems of the historical context and location. This can occur if both sides have a desire to continue the process to solve the problem and move on.

Step 3 – To create the basis for future dialogue. In other words, the creation of situations using urban design tools that will create a space for a dialogue. The success of this measure is the creation of a «dialogue of views» which means that both sides will feel safe.

The instinct when you are scared and afraid is to find a secure place, shelter yourself (is “to run or to fight” as in the body’s response which is called “fight or flight”). We use this psychological remark in our strategy in the first stage and cover tunnel exits from the bridge. This is intended to provide a feeling of security on the way from a point “A” to a point “B”. 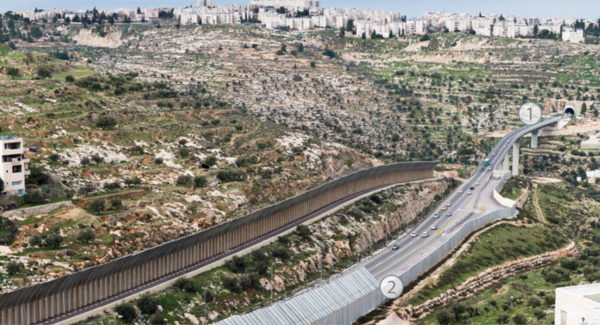 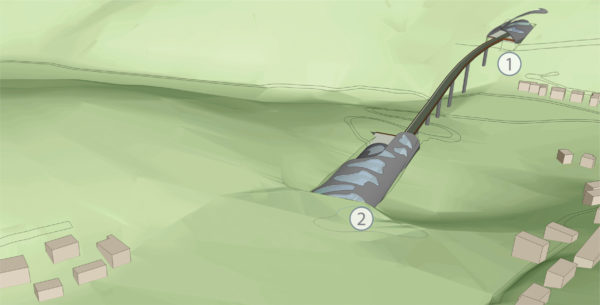 View from road 60 to Beit Jala:

The construction of the historical — cultural research (HCR) center along the road is aimed at studying the cultural, historical and religious heritage of this territory. Also will be the creation of the observation deck on the other side of the road, next to the residential area of Gilo. 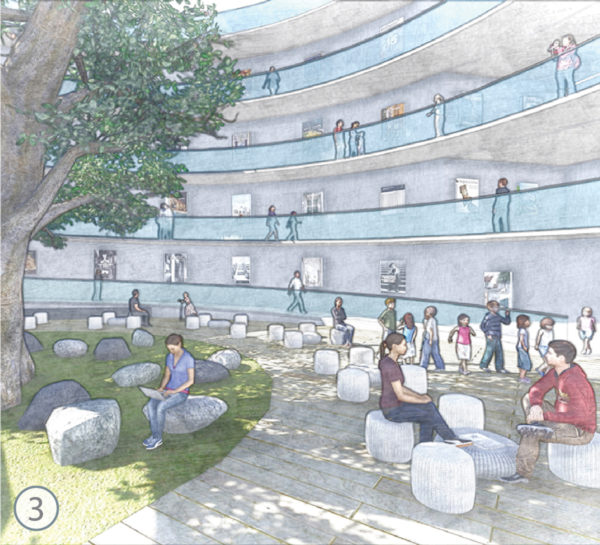 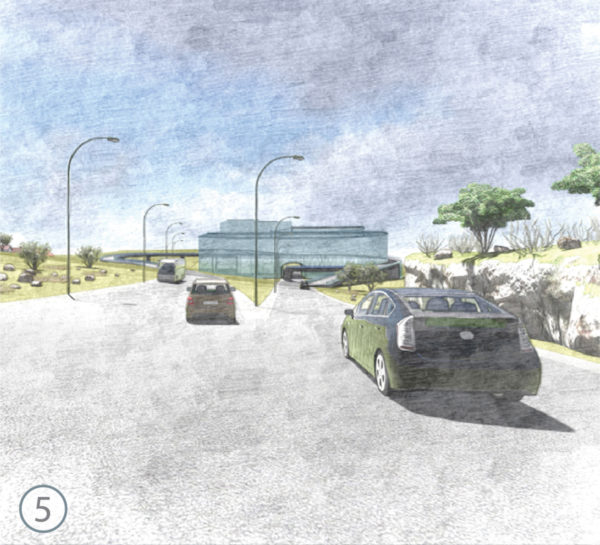 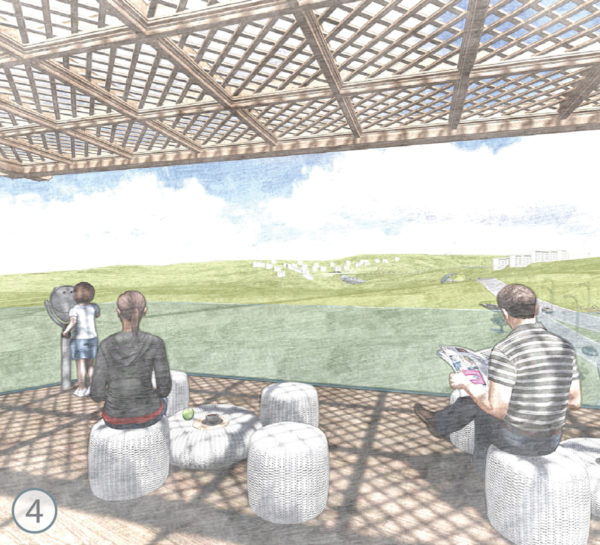 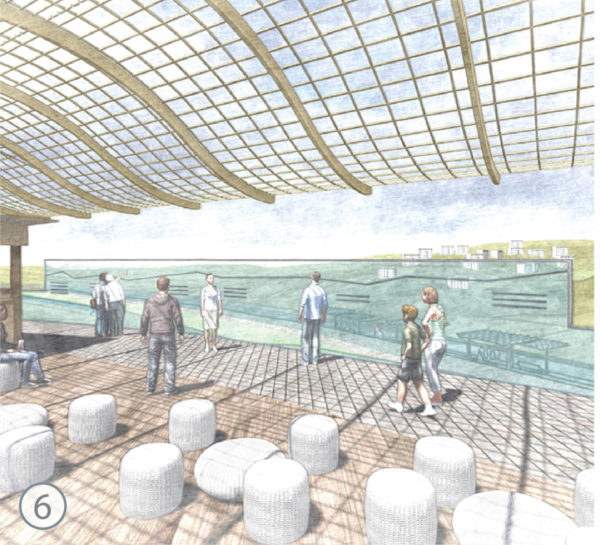 The center offers a place for discussion, the meeting of two different cultures «on the road». For this purpose, the availability to the research center is open to all groups of the population. People who live in the vicinity have a possibility to get to the center, to learn about or share the knowledge of this place.

Following Kevin Lynch’s theory, the building is situated to revealed in stages before the driver and visually performs the role of a symbol on the road – a landmark, giving a dimensional orientation and thus, visually making the entrance into the city closer. From the roof of the building you can see the main historical sites of the region: Beit Jala, Beit Sahour, Rachel tomb.

Also, an observation deck is provided at the top of Gilo which opens to a breathtaking view of the entire region and where you can perceive the surrounding context, its history and culture at the visual level. Thus, these two steps create the foundation for promoting a sense of security and giving a precondition for step 3.

The third step creating opportunities for a future dialogue can take place only with the participation of the two sides. Dialogue can begins with observation. For that reason, I consider that the area which we have covered in the first step in Beit Jala needs to be defined as a public space. This will give pedestrian access to the residents of this area, as well as open a view of the other side. Thus, we will open an opportunity for dialogue.

View from Beit Jala to Gilo: 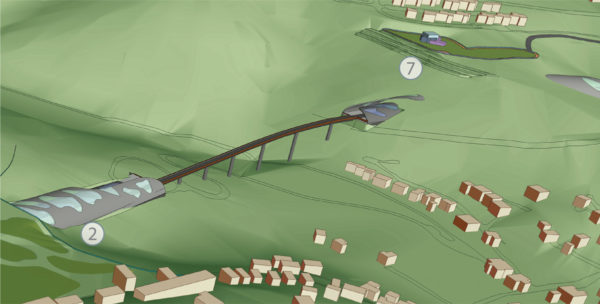 View from Beit Jala to Gilo: 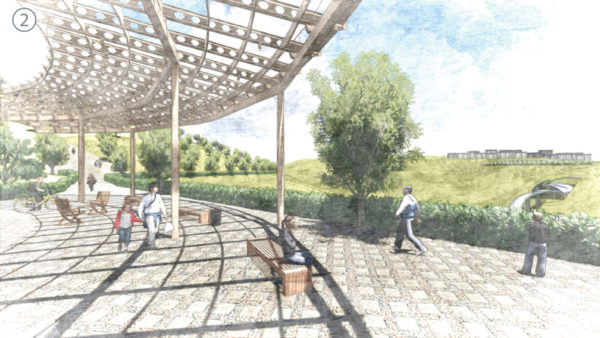 View from Gilo to Beit Jala:

After developing the observation deck in Gilo, which overlooks Beit Jala’s historical points, and subject to the compliance with the criteria of contentment for the success of the second phase of strategic planning within the overall structure, it is proposed to create an observation deck in Beit Jala turned to Gilo.

The development will include green areas, public areas, including recreational and commercial ones.