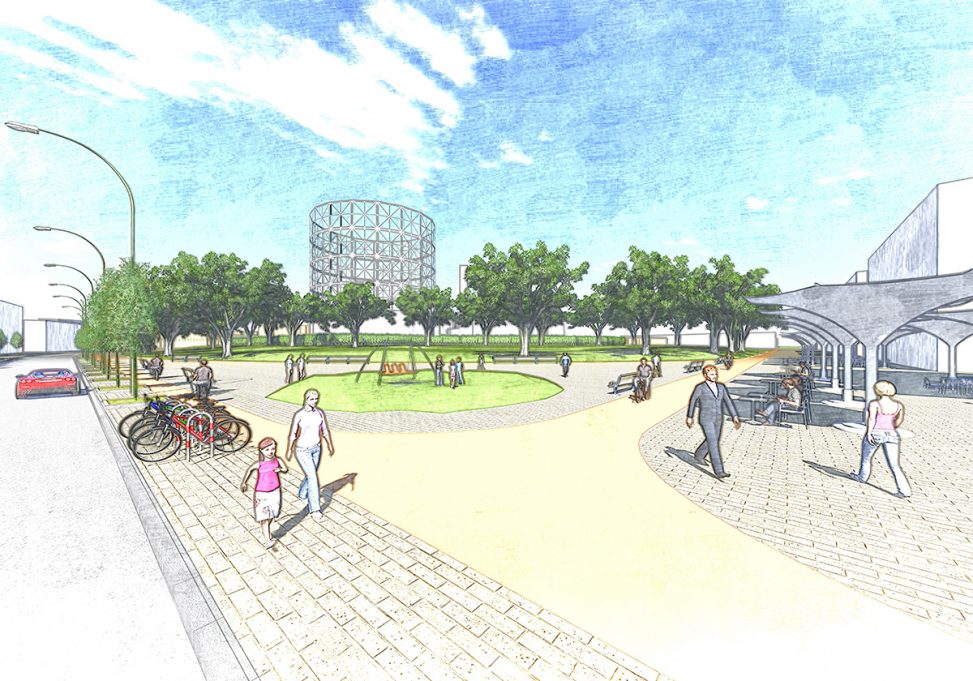 The site of Ortica Forlanini is located in the eastern periphery of Milan’s municipal area, right out of the railway belt. It approximately covering the area between Città Studi and Linate airport. It is the first compound to be encountered right outside of Milan on the Rivoltana transect.

Based on the results of research it was decided to focus on area enclosed by the railway, via Corelli, the bypass, and Viale Forlanini.

The first item was found in the presence of a dense infrastructure network in the South, the region virtually cut off from its surroundings, making it inaccessible to any kind of mobility. In addition, a poor accessibility to the North side and a wide green zone from the East side suggests the presence of obstacles on all sides. Also, it is worth noting that the area is divided into its own borders with walls and fences.

The second point worth noting is that the area is close to the consolidated part of the city, but extremely poor in urban quality and habitability. Morphological analysis highlights the sharp contrast between a population density and an urban form of the surrounding areas and the investigated area which still seems to be in a condition  between rural and urban. It’s exactly this middle way in which Ortica seems to be stuck. That main reasons of the poor quality of its environment is the one hand the outcome of a progressive dismissal of agricultural fields resulting in abandoned, degraded, inaccessible green areas. On the other hand, the effects of a scattered and scarcely regulated urban development is a land that is perceived as no man’s.

Such a situation obviously affects a whole set of social and spatial dynamics related to population flows, which currently are constantly directed outwards. This in order to satisfy those everyday needs that residents can’t address in their district.

Nevertheless, the area also offers some potentials such as the ones deriving from its location. In fact, it is at the core a densely populated and “consolidated” periphery and a reorganization of its spaces could benefit not only the inhabitants of Ortica itself, but also the whole transect from Lambrate, to Città Studi, to Quartiere Forlanini. This crucial role is strengthened by the projected infrastructural development involving this area. The new Forlanini train and underground stations will deeply affect the accessibility and attractiveness of the area. Lastly, also via Cavriana being today one of the main critical spots of the area, offers some potentials for a reorganization of the area. Its serves as a link between the historical districts of Ortica (and thus Lambrate) and Monlué.

Based on these assumptions, our reorganization strategy focuses on a primary goal, which could be defined as providing the missing link to the interrupted chain of urban clusters composing the outer ring of Milan’s urban structures.

This major objective is to be obtained through two main strategies. While the first strategy is especially focused on physical elements such as infrastructural barriers which should be made permeable, easily accessible to new open spaces. The second one mainly aims focuses at improving the attractiveness of the area through an enhancement of its urban quality and habitability. 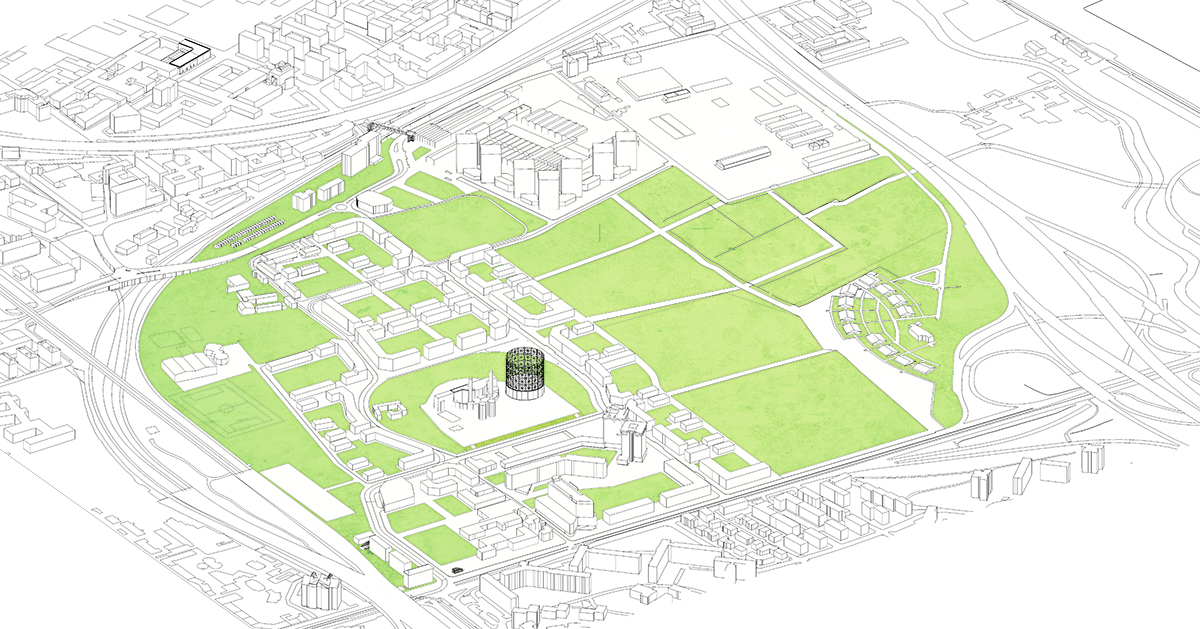