Kiryat Yam is located on the coastal zone of northern Israel and it is a part of Haifa Metropolitan Area.

The site is an orthogonal two-story residential building with a public and cultural center near the park.

The site is located 300 m from the sea. According to the District Outline Plan 6 does not fall under the restrictions of the coastal environment.

The population of Kiryat Yam was formed in the 1950s by immigrants and refugees from Yemen and Eastern Europe. These two groups made a great contribution to the development of the settlement. 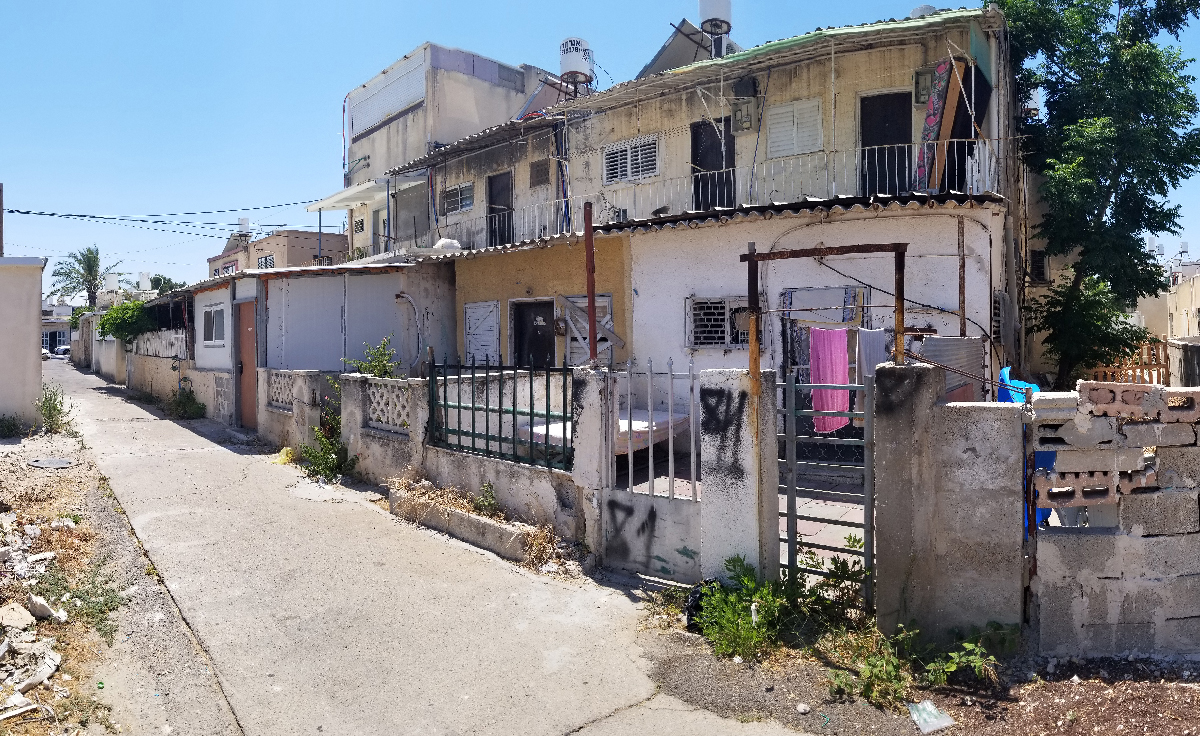 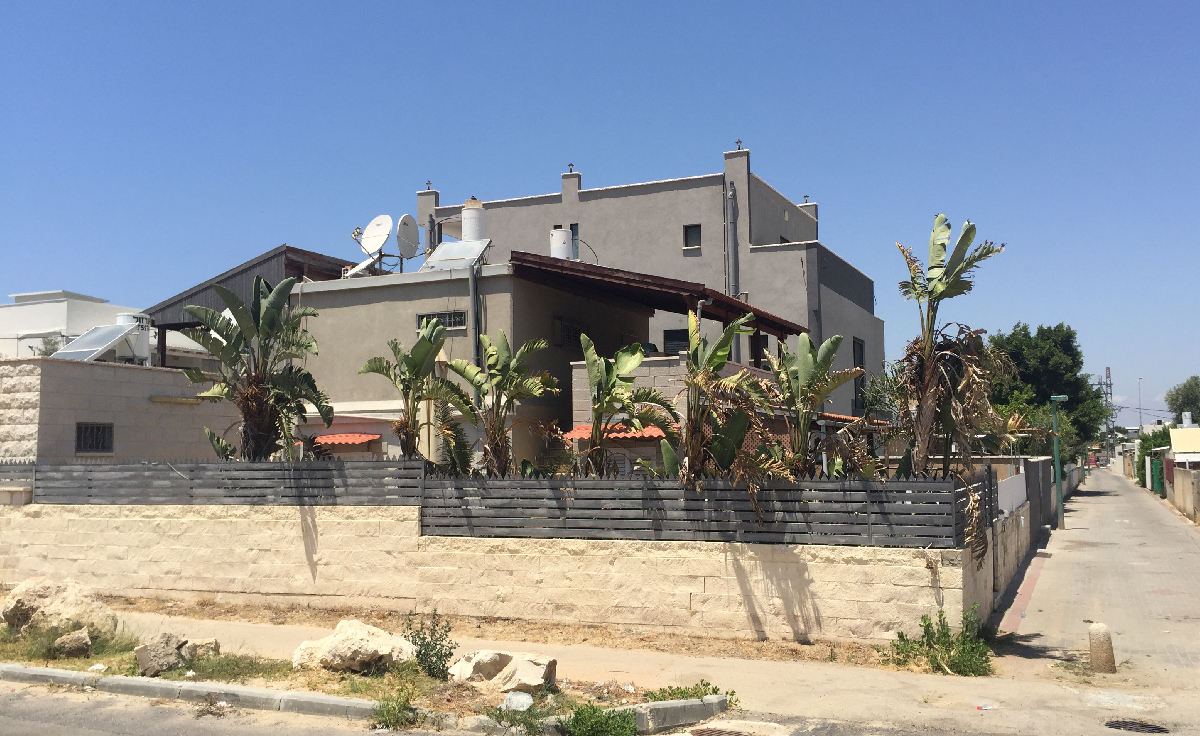 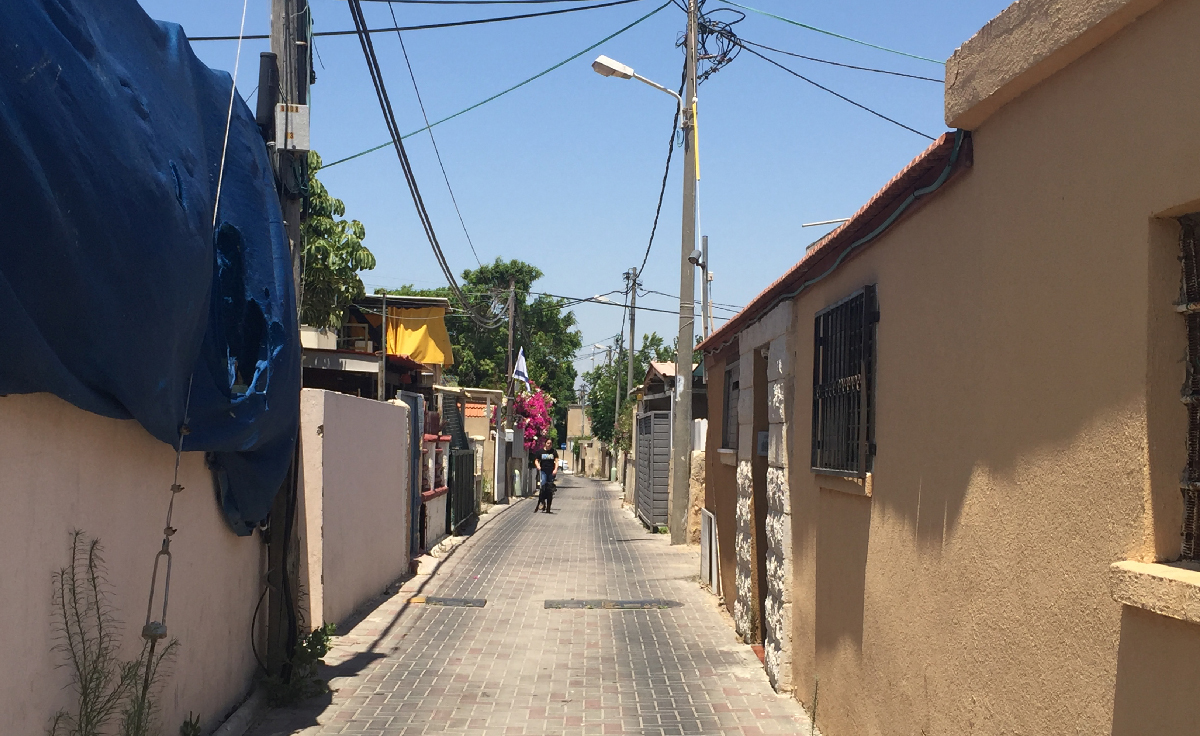 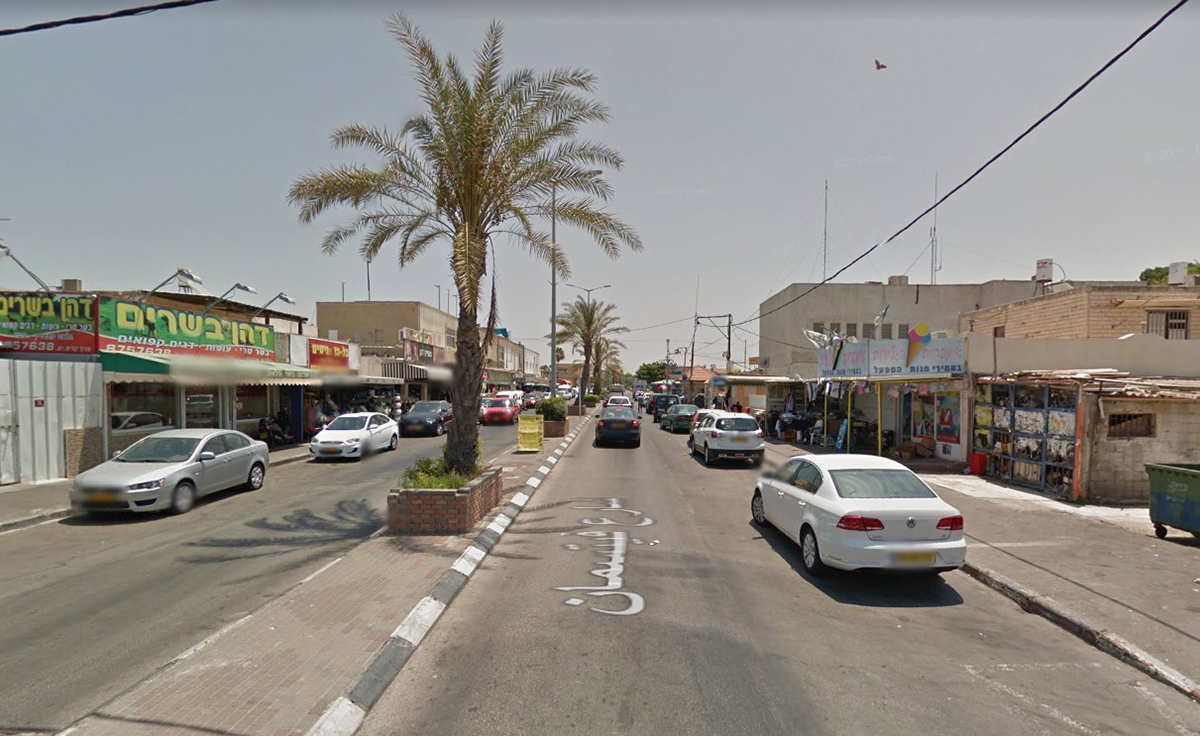 Analysis of the social and economic composition of the population:

— The unemployment rate is 27% higher than the national average.

— The number of elderly people is 45% more than the national average.

— The crime rate is 38% higher than the national average.

— A noticeable stratification of the level of prosperity of the residents within the community.

— The vast majority of buildings go beyond the permissible construction of housing.

— There are 10 synagogues of various movements on the territory.

Analysis of nearby territories:

The height of residential buildings is up to 25 floors.

To the east of the site, the Stadium project results in the removal of a football stadium and the construction of 1,000 units of housing, public buildings and trade areas. The height of residential buildings is up to 20 floors.

To the north of the site is a low-rise residential development, and a military factory also.

To the west of the plot is a four-story residential development and the coastline with a Haifa view. 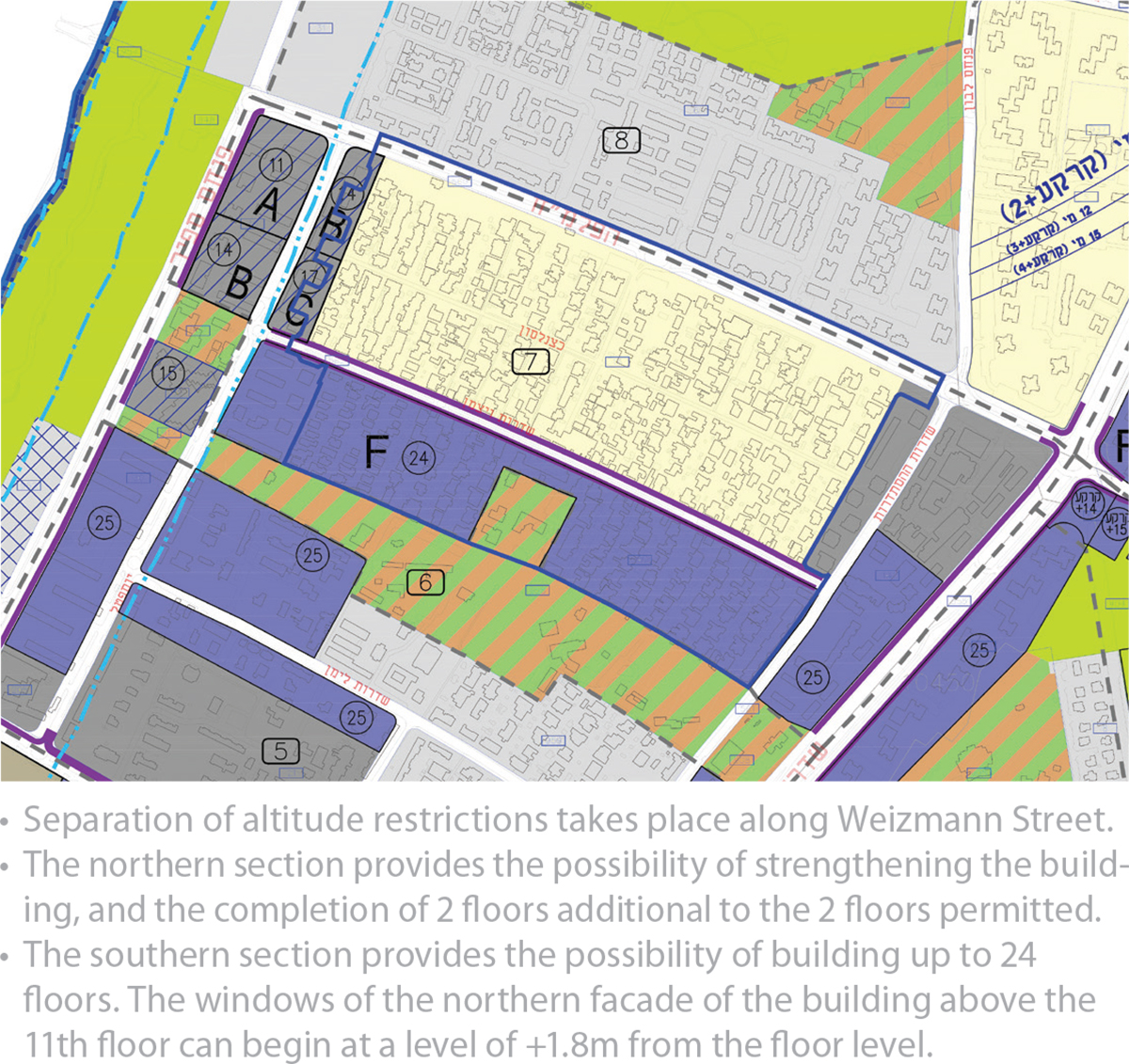 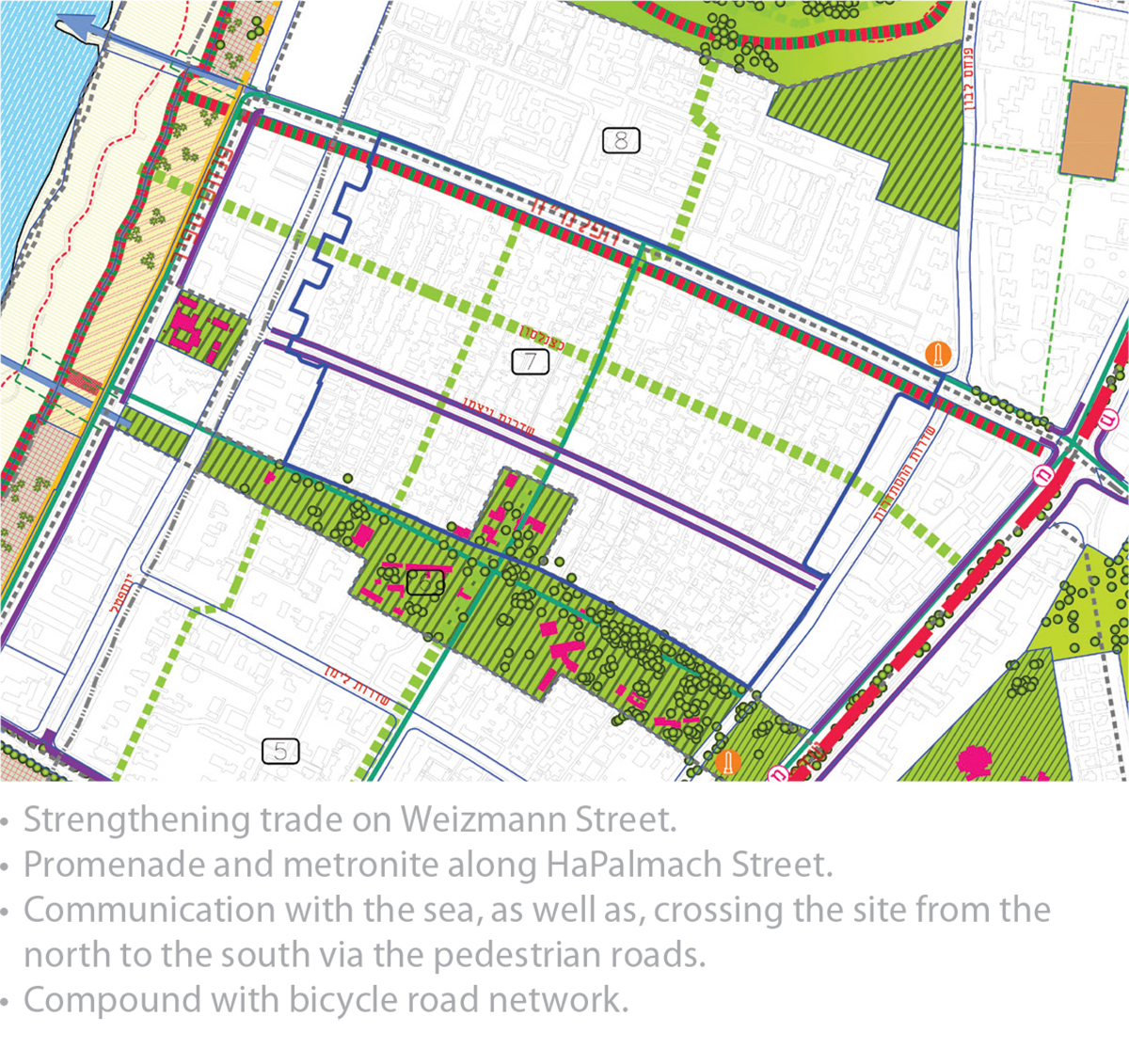 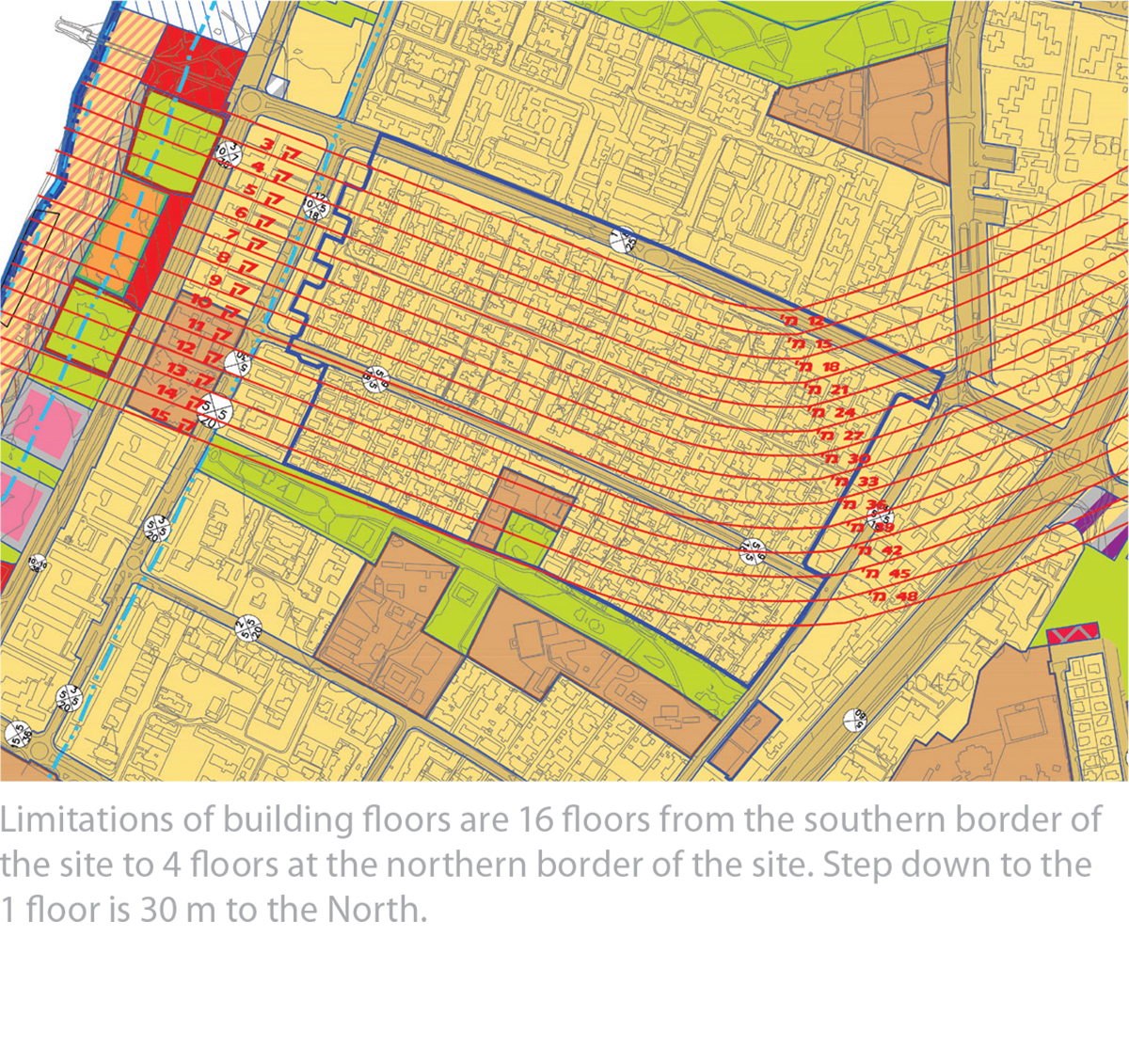 — Addition of Employment and Commerce along Weizman Street.

— Strengthening of the South-North Link with the designed road.

— Extra public parking on the streets because of the reduction of parking standard.

— Easements for passes through a residential area.

— Total area of public institutions and Open public area are calculated in accordance with the number and composition of the future population of the site.

— Underground parking no more than 1 floor due to groundwater. 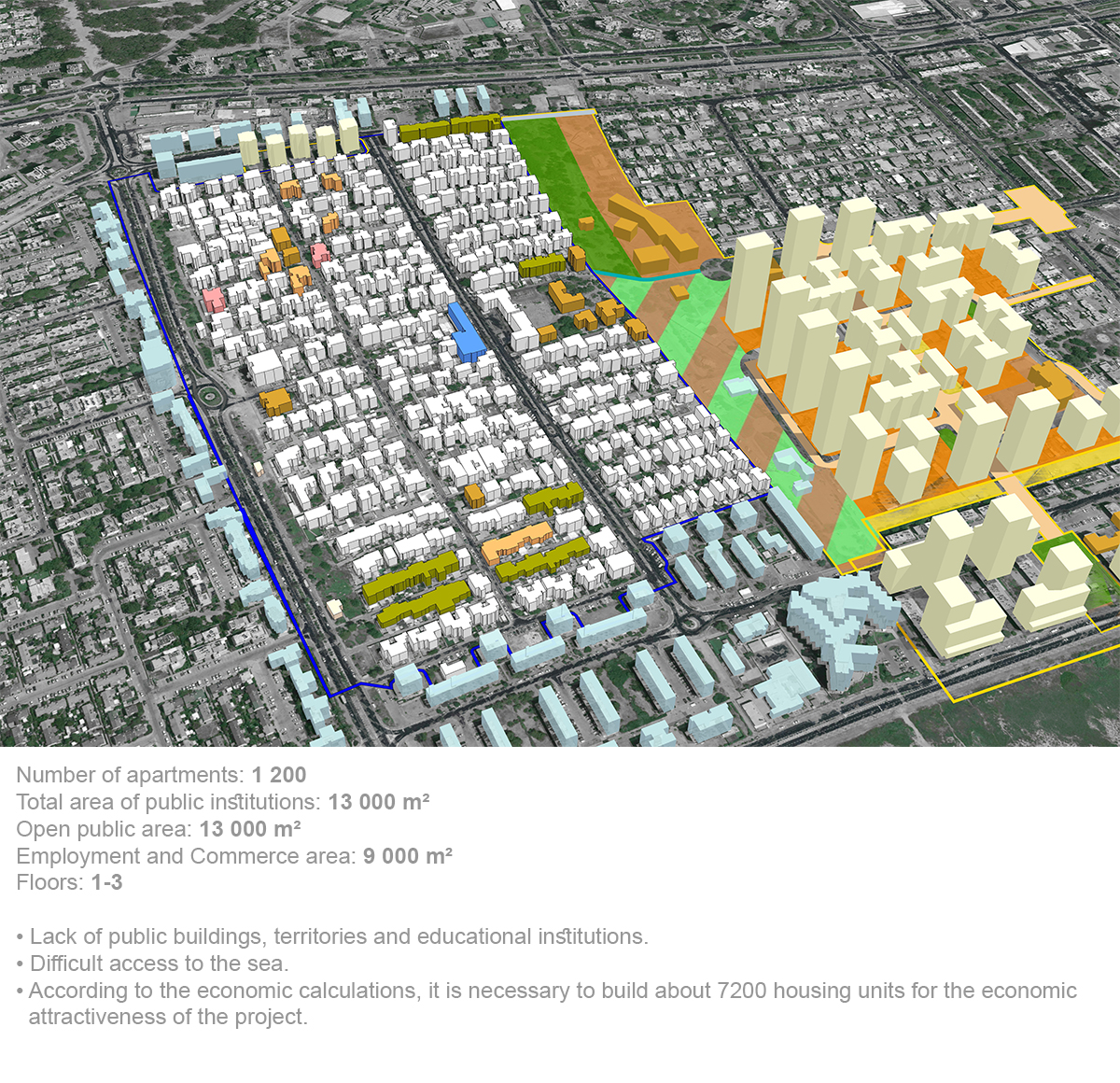 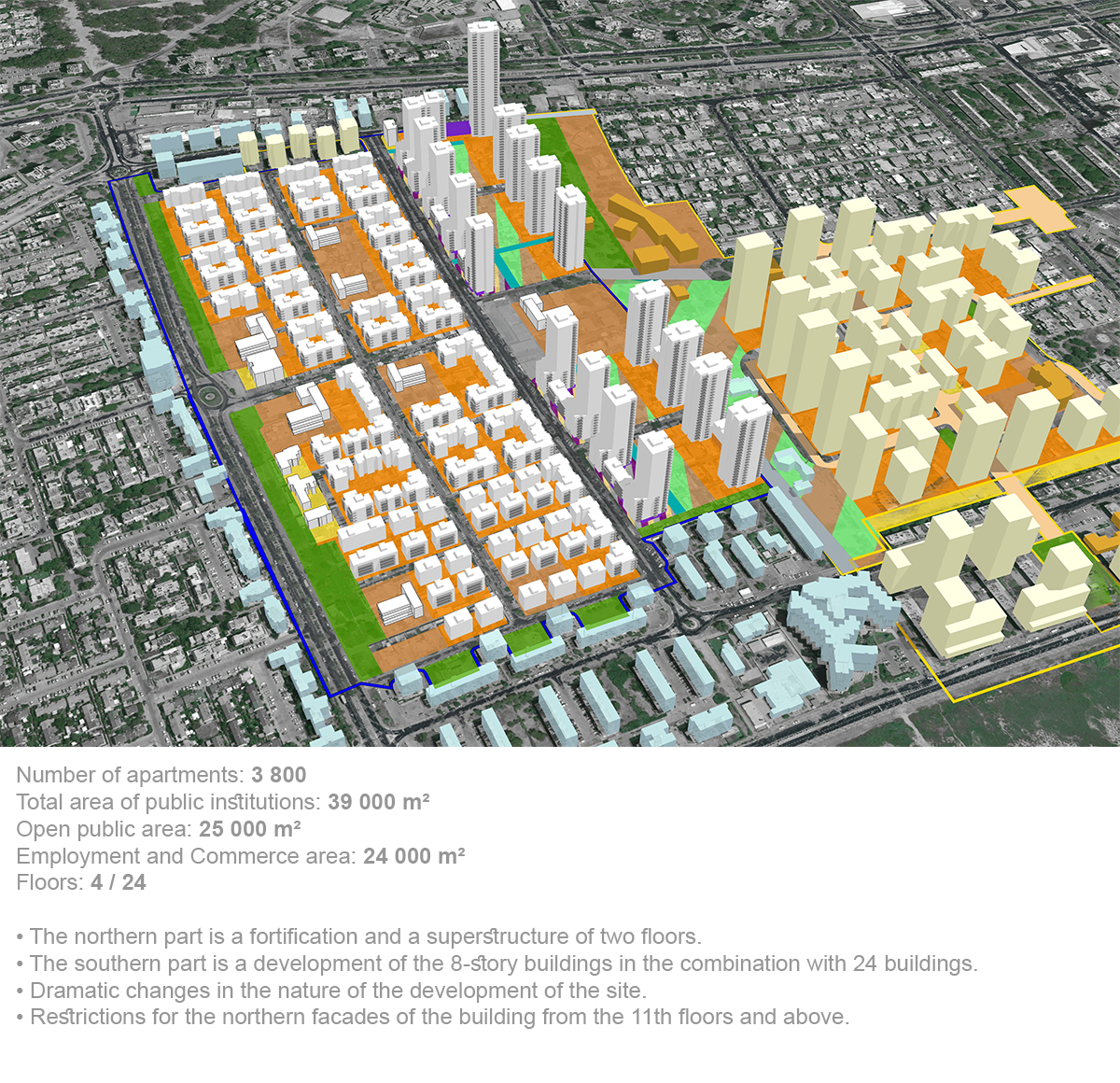 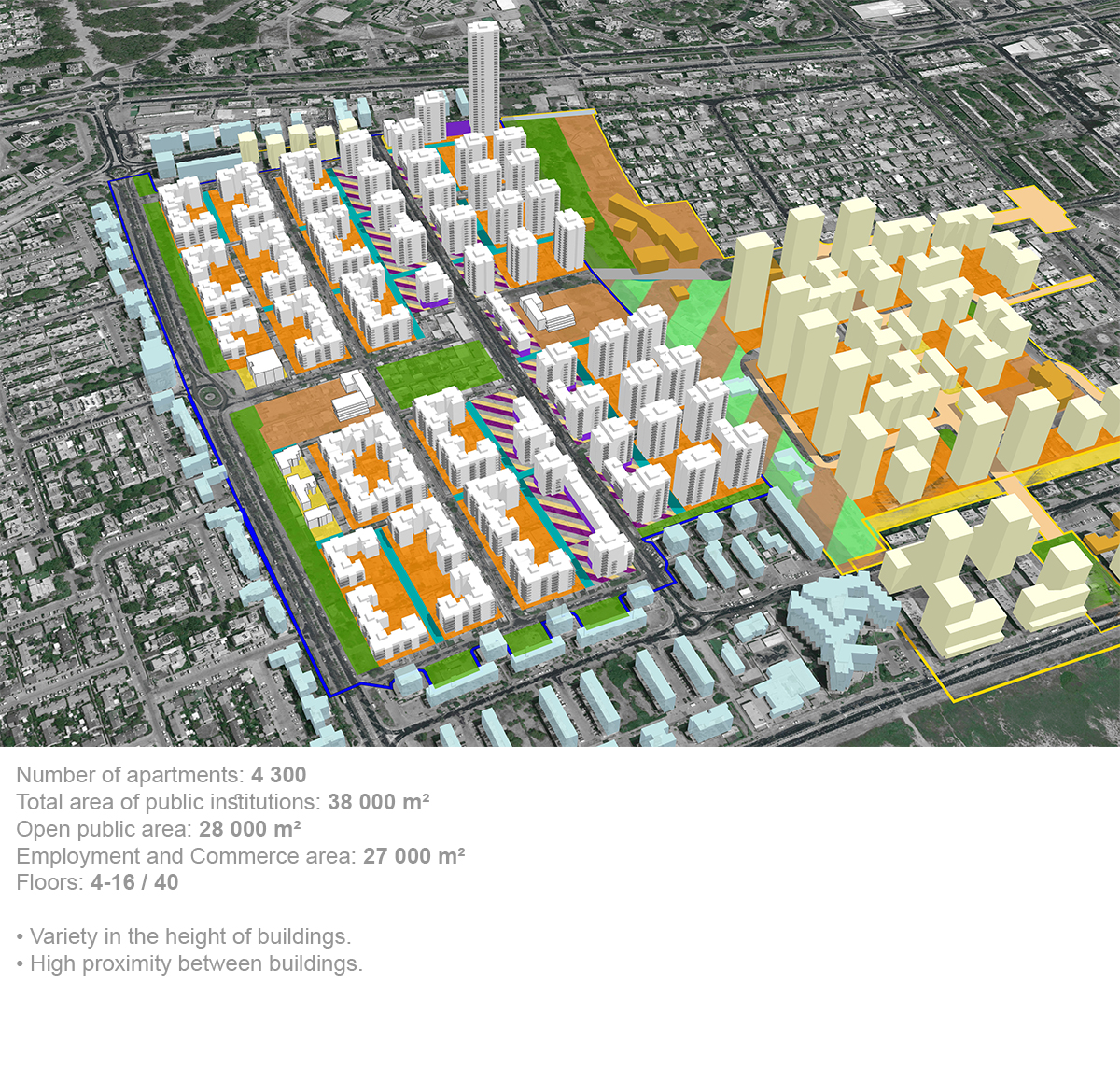 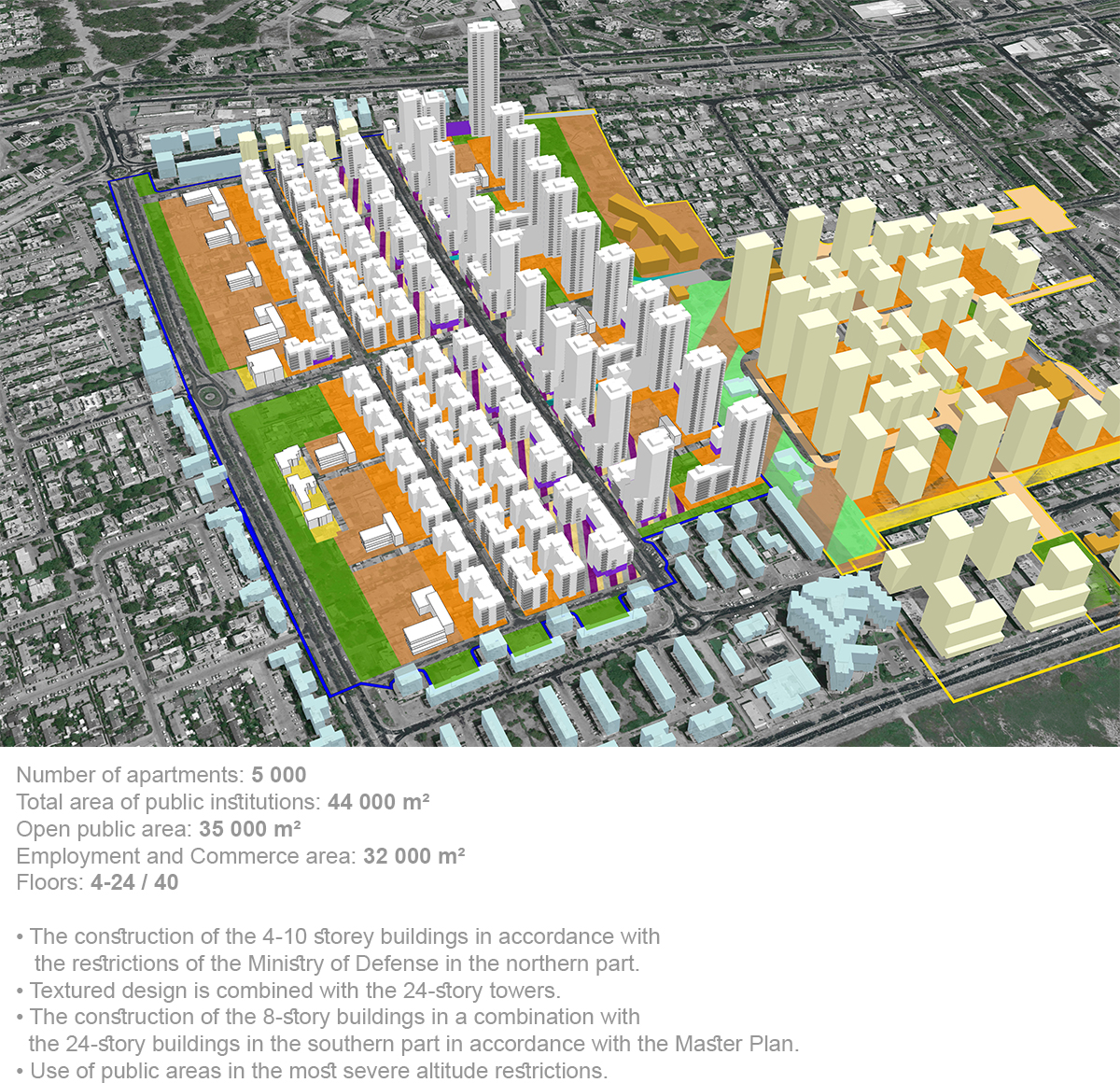 An analysis of the proposed options indicated a lack of housing units for the economic attractiveness of the project.

In this regard, a proposal was sent to the Israel Land Authority to allocate additional land for a development.